NCS Graduate Georgina was one of the hundred young people chosen from 80,000 applicants to become a leader. 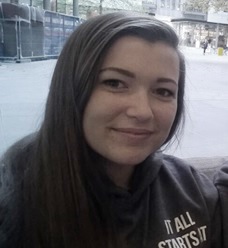 As is the case for many teenagers, so much excitement is built up looking forward to the school holidays and half terms. However, the reality in most cases is that there isn’t much to do that is both fun and productive. So when Georgina saw this opportunity, she grasped hold of it straight away. That is where her journey began.

Since then she has been active in participating as an NCS graduate and has recently come back from the NCS Leaders’ Week run by the NCS Trust. There are only 100 NCS Graduates offered a place out of 80,000 that participated, that’s quite an achievement. 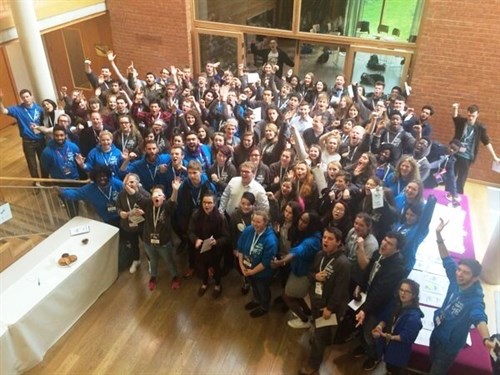 Attendees at the NCS Leaders’ Week

Here is an interview with Georgina about her experiences:

What made you decide to take part in NCS?

I took part in NCS because I had just been doing my GCSEs and I was extremely stressed and slightly bored with how things were in life. I saw this programme and thought 'wow this looks really fun, I've never had the chance to do that before' and so I was hooked. Everything about the programme looked exciting and considering I had such a long summer holiday, I thought I'd try something different. The social action part also appealed to me as I liked the idea of helping the community in such a unique way that meant it was both enjoyable and helpful.

What were you hoping to gain?

From the programme I was hoping to gain some confidence and a lot of friends. I knew a couple of people who had already completed it and they had told me about the amount of people they met who they are now extremely close with. Similarly the people I knew had gained so much in terms of confidence and also life skills. I suppose it was just in general I wanted to become more prepared for life after school.

What did you enjoy most about NCS?

It's hard to pick a specific thing that I enjoyed most about NCS because I loved the whole programme. One thing I really loved though was the atmosphere of the programme, it sounds strange but the whole four weeks were just positive and supporting. Everyone I met on the first day and spent the rest of the four weeks with was so nice and caring. It was a place where you could be yourself and also make friends.

What did you enjoy least about NCS?

There wasn't much that I didn't enjoy about NCS, going home was the worst part!

What difference did attending the programme make to you?

Personally, after finishing the programme, I felt a lot more confident about what I was going to do in the future and also about myself. There were so many skills I learnt as well, such as British sign language and first aid, which I can use in the future to help with a lot of things.

What were your views on the Services for Young People staff?

The staff were brilliant on NCS all of them were enthusiastic and were willing to help and support everyone in the group. They definitely played a huge role in shaping the four weeks!

What were your thoughts on the social action project that you participated in?

Our social action project was split into a couple of integrated projects. So we did a sponsored bike ride which we used to raise money and we also helped to tidy up a football ground. The projects, I felt, were successful and the feedback we got showed the impact that it made.

Did you enjoy your NCS graduation? Would you have done it differently?

I loved our graduation ceremony, we had an inspirational speaker in and we also had a montage of our four weeks through photos and videos. It truly felt like a celebration of everyone's achievements.

What made you want to do the NCS leaders’ course?

When I saw the leaders’ course, I immediately loved the idea. From what I had experienced on NCS I knew it would be amazing. As soon as I'd completed my summer NCS I knew that I wanted to stay involved with the programme and this felt like the perfect opportunity to do that. I wasn't aware of the programme until I got the nomination email and even though the chances were fairly small of getting onto the course, I applied anyway as it was truly once in a lifetime.

What were you hoping to gain?

From leaders I was hoping to gain the skills to help lead the next generation of ‘NCSers’ and also to meet even more new people.

How many people participated?

What did you do? Explain what it was like.

During the week we had a lot of activities. We spent a lot of time in our teams (I was in team Wolfpack), where we did treasure hunts and completed workshops on leadership and other skills. On the Tuesday we did 'London Day'. Our groups all visited different workshops, we went to the National Lottery Heritage workshop and we also visited Google offices, which was really exciting. That evening we also went to the House of Commons where some of us met with our local MP and we also heard a few words from the CEO of NCS Trust, Michael Lynas. We did a social action project at Wide Horizons, which is a residential centre for children from London to visit the countryside, on the Thursday morning, where we first hand managed to witness young people benefiting from the type of work we did. The week was packed with activities and workshops and despite being busy we all made really strong friendships which will stick forever. 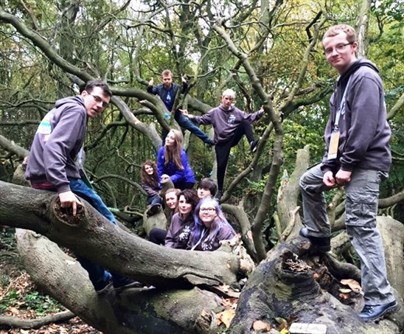 The visit to Wide Horizons... 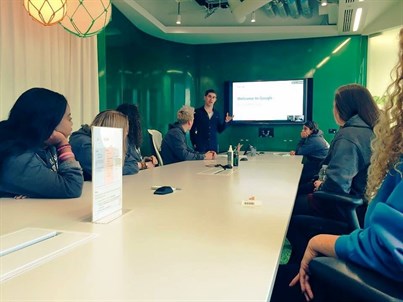 ...and to the Google offices

What did you get out of it?

From the leaders programme I learnt that 'You haven't done NCS, you're doing NCS' (which was a nice little quote from Martin Sainsbury, Graduate Manager from NCS Trust). It's given me a vision of where I want to go and it's given me so many opportunities in order to fulfil that. Everyone I met played a huge part in inspiring me and had increased my passion to continue on this journey.

How will you use what you have learnt and what are you going to do now?

“Now that I have done the leaders’ course, I am going to help out with the programmes that are happening locally and also set up social action projects around the region, with the help of the regional youth board. The things I have learnt have inspired me to go on to take a more active approach in helping young people and also in helping the community.”

Why was Georgina nominated?

Kips Green, Team Leader from the Services for Young People Three Rivers Team had this to say about nominating Georgina for the leaders’ course: “As a team we discussed a number of potential NCS Leaders.  Georgina was one who stood out due to on-going commitment, personal development and her enthusiasm for NCS.

“She started the NCS programmed lacking in confidence and as a very shy young person.  She quickly developed and found her voice in the group. She supported the other young people through various difficult challenges during the programme as such missing home, stepping outside comfort zones and self-esteem issues. She has all the key attributes the team identified a NCS Leader should have.”